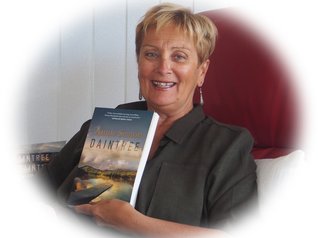 Annie Seaton lives on the edge of the South Pacific Ocean on the east coast of Australia She is fulfilling her lifelong dream of writing and has been delighted to discover that readers love reading her stories as much as she loves writing them. Annie lives with her own hero of many years. Their two children are now grown up and married, and two beautiful grandchildren have arrived. Now they share their home with Toby, the naughtiest dog in the universe, and two white cats. When she is not writing she can be found in her garden or walking on the beach... or most likely on her deck overlooking the ocean, camera in hand as the sun sets. Each winter, Annie and her husband leave the beach to roam the remote areas of Australia for story ideas and research. In 2014 Annie was voted Author of the Year and in 2015 was voted Best Established Author in the AusRomToday.com Readers' Choice Awards. Readers can contact Annie through her website annieseaton.net or find her on Face Book, Twitter and Instagram.
Connect: Site | Facebook | Twitter | Goodreads 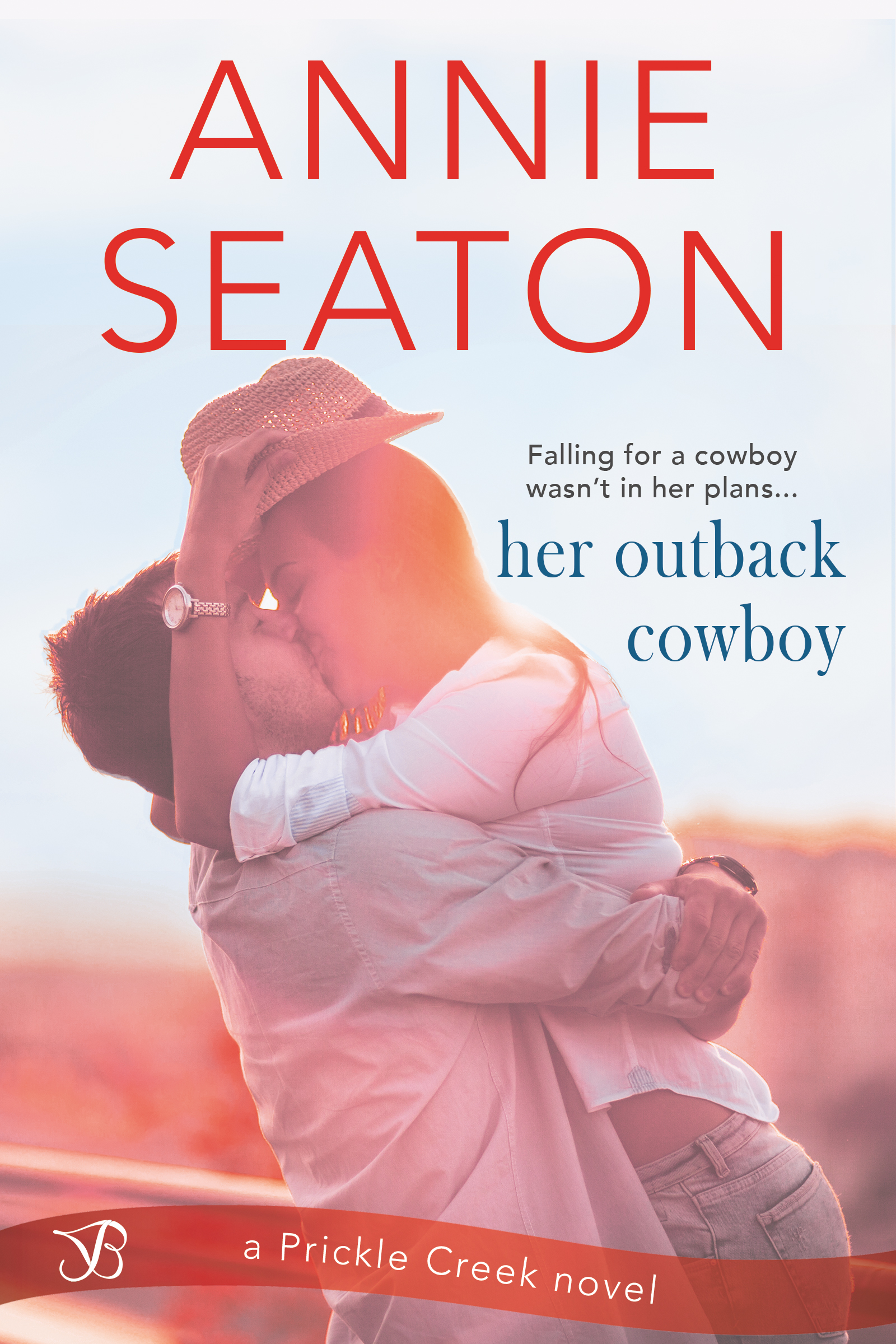 The last thing advertising art director Lucy Bellamy wants is to go home to the Outback, but duty to family calls. At least there’s one bonus—her first love, sexy cowboy neighbour, Garth Mackenzie, is there and the attraction between them is still explosive. But Lucy has no intention of getting stuck in this two-bit town and she counts down the days until she can go back to her real life.
After an engineering degree and working in the mines of Western Australia, Garth has returned to the Outback and is home to stay. His goal is to settle down, start a family, and work his beloved land with the girl he’s always loved. But if it comes to Lucy choosing between the glamour of the city or making a home with him in the Outback—he’d lose, hands down.
Purchase: Amazon | Barnes & Noble | iTunes | Kobo 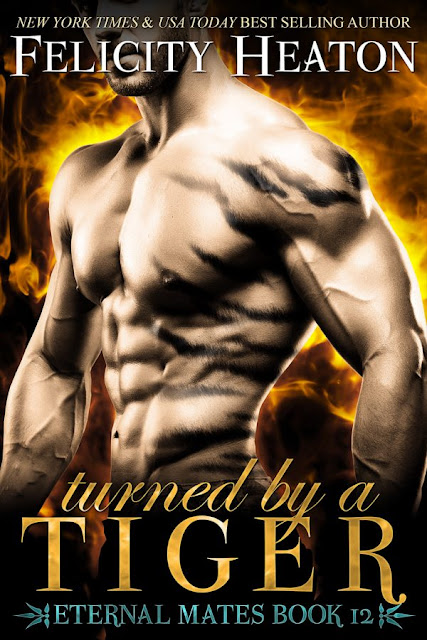 ABOUT THE BOOK
Turned by a Tiger (Eternal Mates Romance Series Book 12)
Felicity Heaton
On the verge of bleeding out and hunted by his merciless torturers, Talon has no choice but to seek sanctuary at Underworld, a nightclub run by a jaguar shifter liable to kill him on sight for being a tiger shifter male. What he finds in the old warehouse isn’t the grim shadow of Death though but an angel of mercy, one who offers him salvation and revenge—one who happens to be his fated mate.
Tending bar at Underworld is never dull when you’re a mortal surrounded by immortals, but when a gorgeous tiger shifter covered in blood stumbles into the club, and set’s fire to her boss’s temper, Sherry’s entire world is in danger of being turned on its head. Something about the mysterious warrior has her stepping in to save him, something that ignites her heart and stirs her soul, and no matter how fiercely she fights it, she can’t hold herself back.
When Talon reveals the name of his captors, and his plan to head back in to save his friends, will Sherry be brave enough to embrace the feelings he stirs in her and step deeper into the world of immortals? And will Talon be strong enough to resist the lure of Sherry to protect his family’s secret or will he risk everything to claim his eternal mate?

GIVEAWAY
The special sneak preview for Turned by a Tiger begins on June 25th, exclusive to Felicity’s mailing list. Every subscriber is entered into the giveaway to win a signed personalised paperback copy of Turned by a Tiger, with a chance to win a copy in each of the three exclusive sneak peek chapters being sent out on the 25th, 27th and 29th.
Not only will joining her mailing list ensure you’re in with a chance of winning one of the signed copies of Turned by a Tiger, it means you’ll start receiving her newsletters, where she gives away 2 x $25 Amazon Gift Cards in each issue, and rewards subscribers with exclusive excerpts, teasers, flash fiction and cover reveals, and plenty of fun! Plus, you’ll receive FOUR FREE EBOOKS in her Series Starter Library just for signing up!
Join her newsletter at:  http://www.felicityheaton.co.uk/newsletter.php

EXCERPT
Sherry knew the appeal of the no-strings-attached style of relationship, normally went in for that herself.
So why did the thought of a roll in the hay with Talon followed by a kiss goodbye leave her cold?
She busied herself with the coffee maker while Talon prowled around the small kitchen, taking up far too much space and making it impossible for her to pretend he wasn’t there and get her head straight.
And her heart.
She blamed it for her sudden desire to have more than a one night stand with a hot guy.
“Milk, Tony?” She poured two mugs of coffee.
He froze with his head in the refrigerator, withdrew and slowly turned towards her, the scowl back in place.
His deep voice rolled through the room, curled around her and did wicked things to her body.
“Talon,” he said with determination, with a hard edge that was both a demand and a command, one that thrilled her as she imagined him ordering her around in the bedroom in that same voice. “Talon. Say it.”
A sudden onset of nerves swept through her as she looked into his hard amber eyes, looked at him for all that he was, and realised that if she said his name, the flimsy barrier she had tried to construct between them by avoiding using it would fall.
Leaving her exposed.
He straightened to his full height, towering over her, at least the same height as Kyter’s six-five. Talon was broader though, heavy with muscle, cutting an imposing figure as he stared her down, silently demanding she do as he wanted.
“Tiger,” she blurted and went to face the coffee mugs again.
Talon moved in a blur of speed, suddenly pressed right against her, and had her cheek in his palm again, bringing her head back around to face his.
“Talon.” His tone could have made diamonds it was so hard, so sharp and pressing.
She swallowed hard, trembling from head to toe as she drowned in his amber eyes, watching the gold shimmering among the amber.
Her mouth turned dry.
She swept her tongue across her lips to wet them.
His gaze fell there, grew hungry and heated, and turned the fire up inside her.
“Talon,” she whispered.
His eyes shot to hers.
His throat worked on a hard swallow.
“Dear gods,” he muttered and just as quickly as he had closed the distance between them, he opened it up again, disappearing into the living room.
She stared at where he had been, reeling from the suddenness of his disappearance, and how shocked he had sounded. How pained.
What the ever living fuck?

BOOKS IN THE SERIES
Book 1: Kissed by a Dark Prince (Only 99c at all retailers!)
Book 2: Claimed by a Demon King
Book 3: Tempted by a Rogue Prince
Book 4: Hunted by a Jaguar
Book 5: Craved by an Alpha
Book 6: Bitten by a Hellcat
Book 7: Taken by a Dragon
Book 8: Marked by an Assassin
Book 9: Possessed by a Dark Warrior
Book 10: Awakened by a Demoness
Book 11: Haunted by the King of Death 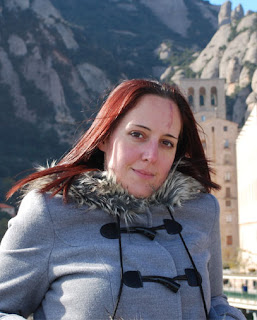 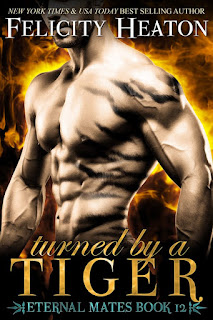 Posted by Unknown at 9:00 AM No comments: Links to this post