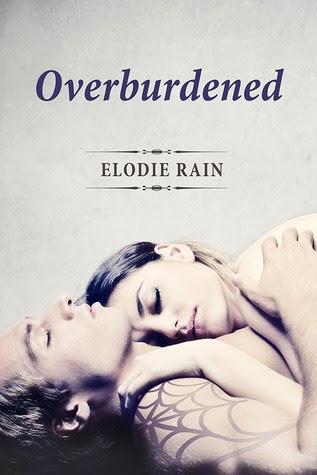 Overburden is a wonderful example of what Elodie Rain is certainly capable of.

This is a short novella - at only 22 pages long, but don't let it mislead you into thinking anything is missing.

This book is non stop go from start to finish and I enjoyed every page.

The sex was steamy, the characters are given enough depth for a story of this length and it most certainly will leave you not only wanting more but eager to follow this new authors work.

This book is certainly emotionally yet multi-layered giving the reader so much in such a short space.

I eagerly await more of this authors work. 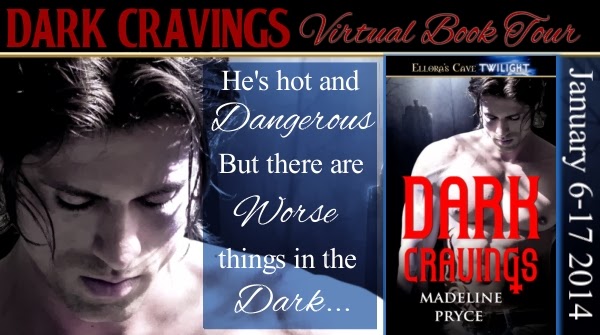 I want to start by thanking Kat for hosting me on her blog today. The generosity I’ve been shown while putting together this blog tour has warmed my heart. <3

Today, I’m talking about first kisses. You know, the suspended moment in time when his lips hover over yours and you wonder will he or won’t he. Your heart pounds in your chest and with his every exhale, warm breath paints your lips. He cups the back of your head, pulls you close and flicks his tongue…


Wait, what? I forgot where I was for a moment. Oh, yes. Micah. Ella. Soul mates, forever bound together. Let’s back up and see the kiss that started it all…warning R rated for language and hot sexiness… 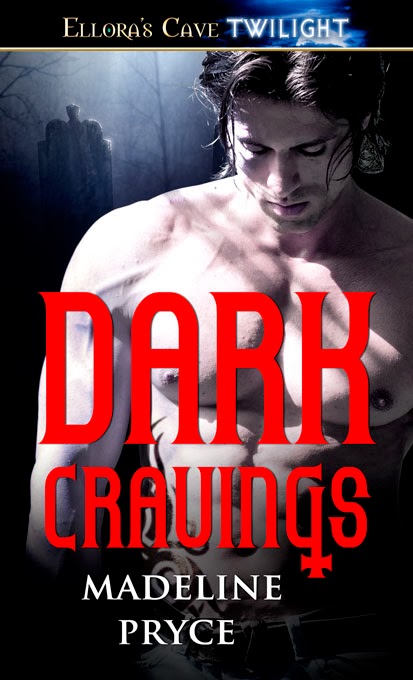 As a half-breed vampire, Ella Grey’s life sucks. She does her best to pass the time killing demons and secretly admiring her Shadow Hunter partner, Micah. He’s hot, dangerous and knows it. He’d be just Ella’s type if he weren’t likely to kill her the moment she put a toe out of line.

A chance encounter with a succubus changes everything. From the second the succubus’s spell washes over them, Ella and Micah are helpless to keep their hands off one another. The sex, when it’s not leaving them on the verge of death, is earth shattering and for the first time in ages Ella is connected with someone on a level she’d feared lost forever. But a dangerous prophecy has been set into motion, and if Ella’s not careful it’ll pull her straight from Micah’s arms and into the deepest bowels of the underworld.

FIRST KISS
“You’re so fucking hot.” Hands buried in my hair, he trailed his lips up my throat, nipped my chin, and found my mouth.

Our lips fused. Tongues tangled. Clumsy and eager, we pushed at each other’s clothing in a desperate rush to get undressed as quickly as possible. My jacket hit the ground. His followed. I peeled his shirt over his head and threw it.

Jesus he was perfect. I ran my hands over the hard curve of his shoulder, down to the tight muscles on his arms. His skin was smooth, warm and I wanted more. He cupped the back of my head and deepened our kiss. In every caress, I felt the urgency of his need. He rotated his hips and ground his thick shaft against my center. Yes. This was what I needed. What I’d craved since the moment we met.

“Tell me you want this,” Micah said.

I dug my fingers into his back and reveled in his hiss. Scratching up, I drew my nails along his neck and threaded my fingers through his hair. I tugged. His low moan was second only to the rich scent of his blood wafting into the air. I met his gaze and pulled him to me for a kiss.

He nipped my bottom lip but held our mouths a hair’s breadth away from touching. “Tell me, Ella.”

ABOUT MADELINE PRYCE
Madeline Pryce wrote her first novel when she was ten, penned with neon-pink ink in a loose-leaf binder. Captivated by romantic literature, yet intrigued by the paranormal, she continues to develop her own voice, writing the kinds of stories that inspired her as a teen.

GIVEAWAY
Leave a comment (perhaps a little insight into your first kiss) for your chance to win an electronic copy of DARK CRAVINGS, published by Ellora’s Cave. Don’t don’t forget to leave your email address! At the end of the post you can use the Rafflecopter Link to enter into the blog tour grand prize of a $25 GC.

a Rafflecopter giveaway
Posted by Unknown at 9:00 AM 7 comments: Links to this post

The last thing Holly Harris expected was to wind up nineteen, knocked-up, and all alone. When Coop left to pursue his dreams of becoming a rock god, he left a tiny piece of him behind.
Holly wishes he hadn’t.
Jackson wishes he hadn’t.
Jackson Rowe tried filling the void his family left by drinking, screwing around, and leaving a string of heartbroken women in his wake. Moving back to Sugartown should have been easy, but he hadn’t counted on the fact his sometimes attraction to Holly would still be alive and kicking—and he sure as hell hadn’t counted on her being pregnant with another man’s baby.
They drive one another crazy, and yet they can’t stay away.
When old flames resurface, and even older wounds are torn open, can two people so similar make it work? Or will their stubbornness only drive them further apart?
*Content Warning. Intended for a mature 18+ audience. Contains angst, a crap-tonne of profanity, short-tempered Australian wildlife, and some very pregnant sex.

Holly “We gonna talk about last night?” “No. We’re not going to talk about it. We’re not going to have a repeat performance, and we’re not talking about it.” “Okay then.” Jackson snatches up another handful of popcorn and shovels it in his mouth before chewing with it half-opened. I swear, one day I’m going to shove my fist in there, and then maybe he’ll learn to shut the hell up. “So you don’t want me to eat you out right here on the couch?” I drop the bowl and popcorn spills out all over my lap. I close my eyes, take a deep breath, and whisper, “I hate you.” “No you don’t. You want to, but sweetheart, you got all kinds of feelings for old Jack, and none of them are based on hatred.” “Would you please not refer to yourself as old Jack? You sound like a paedophile.” “Night, Hols. Old Jack’s going to take a shower before hitting the hay. I might even forget to lock the door so you don’t have to kick it down.” “I hate you!” I scream as he saunters away chuckling. “Sure, sweetheart, you just keep telling yourself that.”

Carmen Jenner is a thirty-something author, doctor, pilot and CIA agent.
She's also a compulsive, flagrant prevaricator who gets to make things up for a living.
While Sugartown may not technically exist, Carmen grew up in a small Australian town just like it, and just like her characters, she always longed for something more. They didn't have an Elijah Cade, though. If they did, you can be sure she would have never left.


Other Books By Carmen 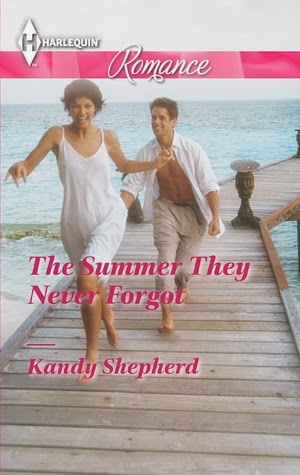 It started with a summer kiss… Sandy Adams is on her way to an interview, but when she sees a signpost for Dolphin Bay she decides to take a detour down memory lane…. Ben Morgan has had his share of heartache. But when a ghost from his youth catches his eye memories of their last summer together come flooding back. Everything has changed in the past twelve years, and still they're right back where they started, facing a second chance they deserve…together.


Kandy Shepherd has a wonderful way of bringing her characters to life, showing us many emotions along the way, we can see and feel everything within the storyline. The Summer They Never Forgot will have you riveted till the very last page. I read this book in one sitting and closed the last page grinning sheepishly and with a content heart and a big smile. ((I love HEA)) The Summer They Never Forgot offers a good strong plot with great characters, sexual tension, magnetic passion, strong pasts, lust, love, and a little suspense to keep you on the edge of your seat. I have to say I am a sucker for second chance love stories with a steamy romance, and I recommend to anyone and everyone who enjoys a wonderfully written love story.Kandy gives the reader great insight into the surroundings, the wonderful views and also in-depth thoughts and sights into the characters.The main characters are fun and enjoyable and their love story is heart-warming and believable. The author develops the characters so well, that the HEA is extremely rewarding. ((Grins)) The author is able to grab the emotions within the storyline, focus on her characters while keeping the reader’s attention and telling a moving romance and love story with an ending I’m sure every reader will be happy with.Kandy Shepherd is one of those authors whom I will follow and read always, she writes such wonderful romance that is so realistic and moving. This is her first book published by Harlequin Romance and definetly not her last. Amazing, I loved it. (( throws a little magic glitter everywhere ))


Kandy is giving away two signed copies of The Summer They Never Forgot  Internationally.

Fill out the Rafflecopter below. Big thank you Kandy.