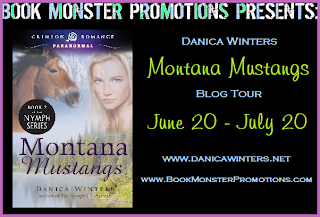 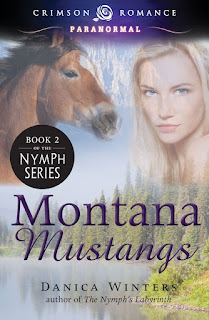 Book 1 of The Nymph Series


A world shrouded in mystery and intrigue, the Sisterhood of Epione must not be exposed.


A Shape-shifting nymph, Ariadne, is tasked with keeping the truth of her group’s existence and their ancient mysteries far out of reach of an American archeologist and his troublemaking son.  When forgotten and forbidden passions are awakened, Ariadne is forced to make a choice—fall in line and continue to be overrun and pushed down by the sisterhood, or follow her heart and put everyone’s lives in danger.


Can Ariadne have the man she loves or will the pressure and secrets of the past keep her from her heart’s desire? 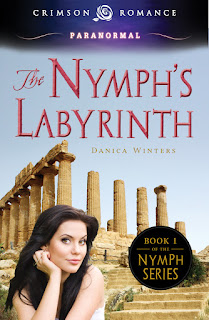 
A Nymph.  A woman with the ability to seduce at will, shift to protect, but cursed with the fate to have the man she falls in love with die a tragic death.  As one of the ill-fated nymphs, Aura Montgarten has spent her lifetime drifting from one place to another hiding from love.  Until she meets Dane.

When a body washes up on the shore of a rural Montana lake, police officer Dane Burke is faced with the task of finding the killer—even if it means he will be forced to put his life and heart at risk by

working with a drifter.  As the truth of Aura’s Mustang-shifting Nymph ways are revealed, Dane learns exactly the amount of danger he and Aura are in, but can’t force himself to leave a case unsolved when the truth is right outside of his grasp.

When the killer decides he needs to take another victim—Dane—Aura must choose between their forbidden love and her immortal life…  Can there be life without love, or is death her only choice? 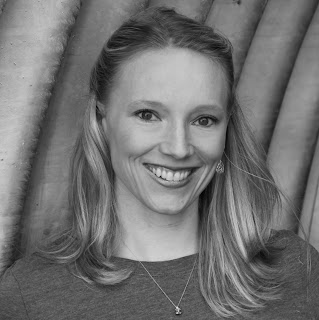 Danica Winters is a bestselling author who is known for writing award-winning books that grip readers with their ability to drive emotion through suspense and often a touch of magic.  When she’s not working she can be found in the wilds of Montana working on her patience while she tries to understand the allure of various crafts (quilting, pottery and painting are not her thing).  She always believe the cup is neither half full nor half empty, but it better be filled with wine.

Other Titles by Danica Winters:


Love Under the Christmas Tree


Curse of the Wolf


Danica is giving away a the following prizes when her tour ends:


TWO runners-up will get a copy of An Angel's Justice?