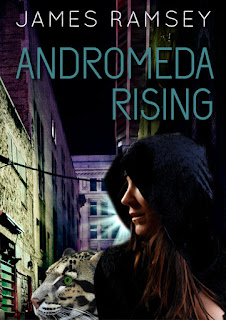 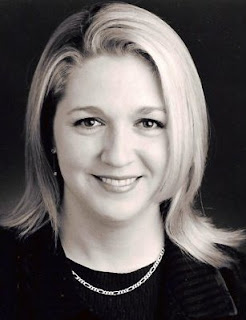 I should have been paying attention. Growing up on the run from religious fanatics gave me more than a few good reasons to be careful, but I was just too tired to be as vigilant as I should have been. My mind was occupied with my latest case—a missing nine year old girl. I was usually good at my job, but sometimes I needed a little extra help from magick. I always managed to track down a cheating spouse or the occasional runaway, but now it seemed more children were missing from the streets of Seattle and nothing I did worked.

A cat jumped on my shoulder and jerked me from my exhaustion induced stupor. I spun into a defensive crouch only to see the cat had landed on the sidewalk behind me.

Time seemed to stop for a moment when the cat spoke.

My name is Jocelyn Matthews and if I live through tonight, I’ll tell you all about my life as a witch.

For the past ten years, Jocelyn has been living as a closet witch in Seattle. When the Inquisitors that have been after her from the time she was nine finally manage to find her, Jocelyn is thrust into a world she never guessed existed. From talking cats to dark elves, she'll have to do something she's never done before: trust someone other than herself. If she wants to find the children that have been going missing all over the city, she'll have to open her eyes to the bigger picture and find her place, not only for her safety but for the city as well.


Often accused of being lost in her own world, James spends most of her time at home with her husband and a menagerie of animals.

She blames her love of the written word entirely on her Grandfather who owned a bookstore, feeding her addiction regularly. Cutting her teeth on illustrated fairy tales she quickly moved on to Farley Mowatt and Lucy Maude Montgomery.

Proudly standing in line till after midnight for five of the seven Harry Potter books she was the only one there without a child.

She is rarely found without a bag full of notebooks, iPods, and her Kindle.

TOUR WIDE GIVEAWAY - This tour includes a tour-wide giveaway. There will be 3 winners drawn to each receive an autographed paperback of Andromeda Rising. 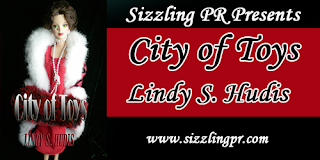 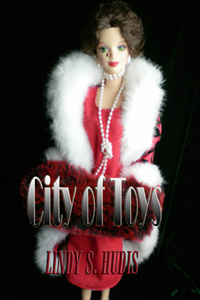 Four beautiful women seek fame and fortune in Hollywood, the City of Toys, where actresses are like dolls, playing pretend on the big screen.
Marlo: a former child actress from New York City.
Rhonda: a small-town beauty queen.
Kim: a “nice Jewish girl” with a painful childhood.
Guyla: a “serious actress” with a debilitating, stress-induced illness.
Marlo, Rhonda, Kim, and Guyla, become friends living in the same apartment complex, in the city where dreams and disasters go hand-in-hand. They come to rely on each other as they deal with sexual come-ons, crazed stalkers, jealous starlets and the constant pressure of trying to make it in showbiz. But when the pressure gets too much, will their friendship save them or will the City of Toys break them?
Amazon Website Facebook
Author Bio:
Lindy S.Hudis is a graduate of New York University’s Tisch School of the Arts, where she studied drama. She is a former actress, having appeared on such television shows as “Sunset Beach” and “Married with Children”. Her romantic murder mystery, Weekends, is currently available from Lachesis Publishing. She is also a filmmaker, her independent short film “The Lesson”, which she wrote, produced and directed, screened at the Seattle Underground Film Festival. She is co-owner of an independent production company called Impact Motion Pictures. She and her husband Steve, a Hollywood stuntman, have just completed the screenplay adaptation of Charmaine Hammond’s best selling book, “On Toby’s Terms.”  She lives in California with her family.
Posted by Unknown at 12:00 AM No comments: Links to this post