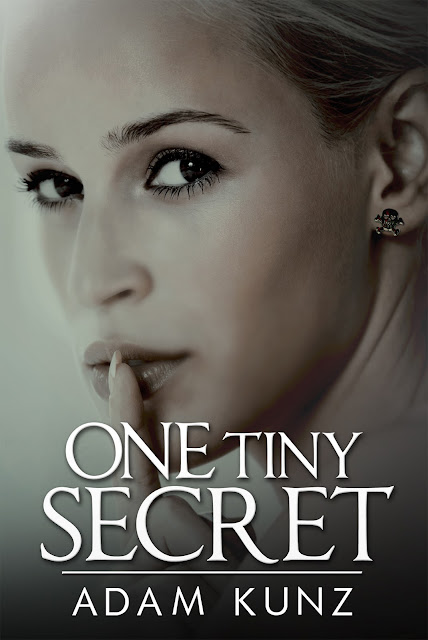 One Tiny Secret Back Book Blurb

Just one tiny secret has the potential to ruin everything.

Being the daughter of the sheriff in a small town like Holden Ridge means that eighteen-year-old Danielle “Dani” Marks’ life is under constant surveillance. She’s made a habit of staying under the radar by being a floater among social circles at school, which has kept her out of trouble—until now.

After a missing persons case stirs up the entire town, Dani finds herself caught right in the middle of the scandal. When she’s labeled a possible suspect, things quickly go from bad to worse. The sudden return of her old flame, Parker Reed, manages to make her whole situation even more complicated.

When an elusive unknown person begins to blackmail Dani by threatening to reveal her deepest secrets, Dani refuses to play along. That is, until the person’s actions take a violent turn. Holden Ridge loses its sense of quaint town security, and Dani is caught in a deadly game of cat and mouse.

Who can she trust when anyone around her could be a suspect?

One thing’s for certain though: Never underestimate the power of one tiny secret.


Everything about this book is MIND BLOWING. The prose, the secerets in   the storyline, the characters and even the design cover!!!

One Tiny Secret is a thrilling, intense, and addictive read that is suspenseful, SCARY and also romantic and swoon worthy. (Grins) A Na novel like no other.

The characters breathe a life of their own and the story - Adam has crafted, is so well detailed and woven I felt like I was right there inside the book even till the very last page. He certainly nailed Dani's pov and gave us a kick arse protagonist.

I have read many stories by male authors and the romance always seems to be rushed or almost non-existent loll. Adam did take his time in giving us the romance, nothing rushed and it was gradual.


Normally you can tell when a male writes romance - no pun intended. But Adam certainly nailed the romance dead line and centre with this story. He grasped every feeling - emotion and description beautifully, giving the reader many vivid descriptions while on this suspenseful roller coaster ride.

Adam weaved all emotions perfectly and I was in Dani's head the whole time and felt every emotion and thought whilst reading One Tiny Secret. Every text left me wandering and I was more then curious to know WTH was going on.

The suspense was riveting - and UNPREDICTABLE by any means. For all those who like a slightly haunting tale, this was well defined throughout the pages. At 3am I had to saying I was glued in my chair with the light on... Every noise - on was on the edge lol. ((yes I am a scaredy cat) loll

The characters were written with flaws, but so very true to life. The storyline given forth is one of its own and certainly unique. 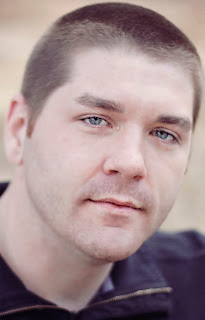 Adam Kunz is the A part of the mother and son author duo C.A. Kunz. Growing up, he always had a fondness for R.L. Stine’s Fear Street series. So, it was a no brainer when he decided to write his own novel that it’d be a thrilling mystery with a dash of horror. When he’s not busy writing, Adam enjoys his job at a theme park in Orlando, Florida as a décor consultant. This job brings him face to face with all sorts of nightmarish creatures, especially when he decorates the haunted houses for the park's annual Halloween event. It’s been said by many that his addiction to Starbucks coffee will most likely be his downfall later in life. If you would like to find out more about this author, C.A. Kunz, or


One Tiny Secret,  please visit the links below: 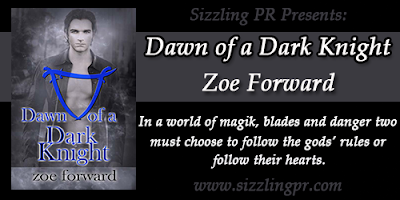 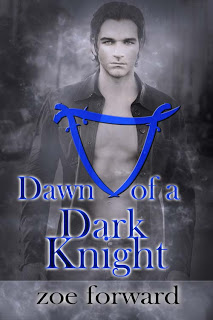 In the shadows of our world, a secret band of warriors fights to protect us. They are the last line of defense against an evil no human can stop.

An ancient nemesis has resurfaced. Duty demands that Ashor Vlahos, Scimitar Magi commander, recruit a magical healer to fortify the remaining eight magi. The gods' choice is the woman who helped him escape torture a decade ago. Ashor couldn't have imagined a better punishment for his vow-breaker homicidal incidents than for the gods to bind him irrevocably to the only woman in the universe he cannot have. The soul-searing desire she ignites in him is strictly forbidden.

Kira Hardy, M.D. is a brilliant, hardworking internal med resident with big secrets. But when Ashor asks for aid after a brutal daemon attack, she is sucked into his dangerous, secret world. Enslavement to the magi, no matter how hot they are, may be an unattractive life plan, but being targeted for death by their enemies is less tolerable.

She must trust the sexy, tormented Ashor to keep her safe while he must deny his ultimate desire and keep Kira at arm's length lest he bring destruction down on them both. As a centuries-old evil catches up to them, they face a crucial decision--follow the gods' rules or follow their hearts.

Id like to welcome Zoe to Page Flipperz. I have asked her  a few questions .


1.       For anyone who does not know Zoe Forward , would you please tell us something about yourself?


Many people have helped mold me into a writer, but none more so than my mother who always took the time to read everything I’ve ever written and comment. She is, herself, an artist very open to the world around her.  Artists do truly see the world in a different way. As Georgia O’Keeffe says: To create one's own world in any of the arts takes courage.

3.       Is there a question that you would like to be asked in an interview, but nobody has asked? If so, ask away.

Do you think books need humor or does it detract from the story?


Humor is absolutely necessary to keep me entertained when I read a book and you will always find humor infused throughout my books. My author hero for demonstrating the art of weaving humor into a good story is Rick Gualtieri in Bill the Vampire, who so skillfully creates tear-evoking humor with a fantastic paranormal theme.


Dawn of a Dark Knight  is my first published novel.  Its sequel has been contracted and is in editing.


The sequel to Dawn of a Dark Knight, the second in the Scimitar Magus series, is in-editing with my publisher. In this novel, there is a new magus who just got released from an unjustified stint in purgatory. Long ago, a dark-magik sorcerer cursed him and the woman he loves to murder each other within days of meeting in each new lifetime. Being back means this cycle will start again.  He’s attempted countless curse-reversal rituals over the centuries, and all failed.  Now, he may have discovered a way to break their vicious cycle. But it requires he kill her before she strikes her death blow, something he’s never done in the past.


I’ve been a paranormal romance and mainstream fiction addict for decades. And I grew up a fan of Indiana Jones and Ann Rice. So, writing paranormals was a no brainer.  For Dawn of a Dark Knight everything came together at the right creative moment — my love of Egyptian mythology, my long-time passion for archaeology, my ideas about a new type of paranormal hero and more. It all just gelled.

7.       Have you written any of your characters in your book to anyone you know ?


I can say with certainty I’ve never based a character on an immediate family member. But I have borrowed traits from acquaintances for some of the characters I’ve developed.  When I’ve done so, it is done with love for these are characters that make me smile.


Read. It’s very important to keep reading. Not just books that are in the genre you like to write, but books that are about the craft of writing. I think it’s one of the parts of being an author that a lot of people overlook.  I have stacks of these books. Some are great, and others not so good, but I’ve learned something from each of them.

Thank you for having me visit today. I love to hear from readers. Visit my website and send me an email: http://www.zoeforward.com