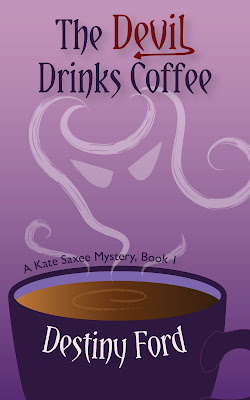 A cow suicide, a revolving door rescue, and the birth of a bright purple pig are starting to make Kate Saxee wonder if taking a job in her small hometown of Branson Falls, Utah, was such a great idea. As The Branson Tribune editor, Kate covers local news, which, more often than not, involves her accident-prone mom. Nothing truly newsworthy has ever happened in the quiet town until local teen Chelsea Bradford turns up dead in a Branson Falls lake.

The police rule Chelsea’s death an accident, but Kate suspects there’s more to the story—and she’s not the only one. Two of Branson’s most eligible bachelors are determined to help her solve the crime—among other things. But the small town social network is faster than Twitter, and gossip about Kate’s love-life is quickly branding her the Branson Falls hussy.

As Kate learns more about Chelsea, she discovers that plenty of people are trying to cover up the real story behind the girl’s death—including Chelsea’s parents. Now Kate has to juggle work, men, her mom’s most recent disaster involving a low-speed John Deere Combine chase on the freeway, and fend off the Mormons heaven-bent on saving her soul—all while solving Chelsea’s murder. Dealing with this is going to require a lot of coffee, chocolate frosted donuts, Neil Diamond's greatest hits, and a slew of words not on the town approved imitation swear list.

Click HERE to read an Excerpt into The Devil Drinks Coffee .


Destiny is also giving away Enter the Rafflecopter below. 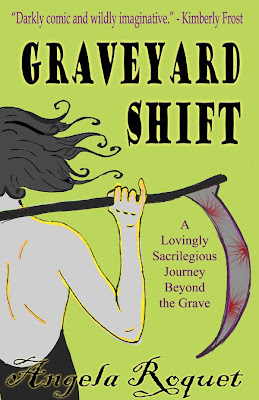 The Inferno has Evolved… Lana Harvey is a reaper, and a lousy one at that. She resides in Limbo City, the modern capital of the collective afterlives, where she likes to stick it to the man (the legendary Grim Reaper himself) by harvesting the bare minimum of souls required of her. She’d much rather be hanging out with Gabriel, her favorite archangel, at Purgatory Lounge. But when a shocking promotion falls in her lap, Lana learns something that could unravel the very fabric of Eternity. If the job isn't completed, there could be some real hell to pay. 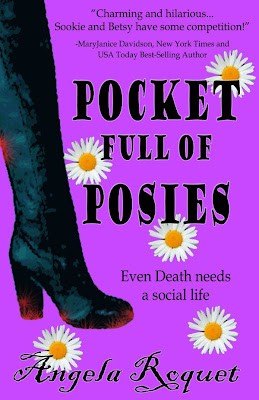 Available exclusively at Amazon: Kindle | Paperback The promise of peace in Limbo City is threatened once again, but this time the terrorists have a more specific target in mind: Lana Harvey. The up and coming reaper thought passing her classes at the Reaper Academy was going to be her biggest challenge, but when a rebel demon sends her apartment up in flames, she realizes that her victories from the previous year haven’t gone so unnoticed after all… To make matters worse, the Afterlife Council has taken notice of Lana too. The Egyptian god Horus is blackmailing her into joining the Posy Unit so she can do an illegal side job for him, and Cindy Morningstar, Lucifer’s daughter, insists that she take a two week training course with the devilishly tempting Beelzebub, much to her angelic boyfriend’s chagrin. 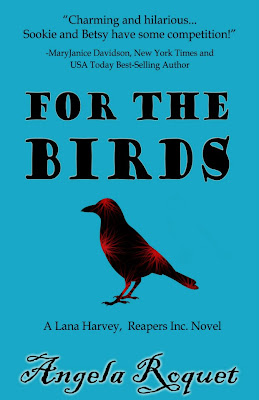 COMING SOON exclusively at Amazon: Kindle | Paperback Lana Harvey isn't just any reaper. She's the new captain of the Posy Unit, a specialty group dedicated to harvesting mass quantities of souls from natural disaster sites, battlefields, and the like. The new title didn't come without a price though. Lana made some promises along the way, and now it's time to follow through... even if that means putting herself in the path of the three Fates, a fickle and mighty force to be reckoned with. The Fates run a soul recycling plant in Limbo City, and if Lana isn't careful, they just might recycle her. 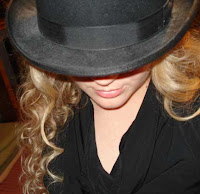 About the Author:
website | Facebook | Twitter | Goodreads | Amazon Page | YouTube
Urban Fantasy Author Angela Roquet is a great big weirdo.
She collects Danger Girl comic books, owls, skulls, and random craft supplies. She no longer collects paperback books, because she can’t fit any more in her office, however she does collect ebooks. She has an unhealthy obsession with television shows created by Joss Whedon and fantasizes about him directing television or film versions of her novels. Angela’s favorite book/movie is The Wizard of Oz. She likes a little coffee in her cream, and her favorite food is sushi, even though it’s takes her FOREVER to make. Angela is a peace loving, tree hugging hippy who tries to buy organic and local as often as possible. She’s a fan of renewable energy sources, marriage equality, and religious tolerance. As long as whatever you’re doing isn’t hurting anyone, she’s a fan of you, too. Angela lives in Sedalia, Missouri with her husband and son. When she’s not swearing at the keyboard, she enjoys painting, goofing off with her family and friends, and reading books that raise eyebrows. You can find Angela online at www.angelaroquet.com or on 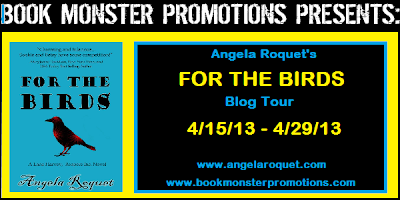 
TOUR GIVEAWAY DETAILS:
Angela is giving away the following prizes for the tour:

Runners-up:FIVE (5) runners-up will receive an eBook of their choice from the Lana Harvey, Reapers Inc series
a Rafflecopter giveaway
Posted by Unknown at 1:00 AM 3 comments: Links to this post