Winner of Edge by Tiffinie Helmer Is it you ? 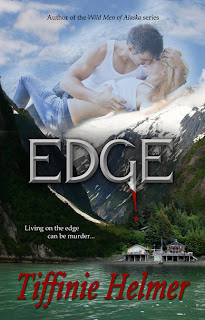 Congrads to the Winner of an e copy of Edge-
Wolf Tattoo and Signed bookmark.

And the winners are...

Thank you to All who entered .

Posted by Unknown at 11:07 PM No comments: Links to this post 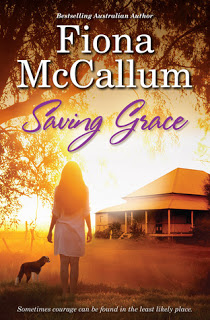 Review copy provided by publisher. Thank you to Harlequin Australia

Blurb- When Emily Oliphant married John Stratten, she thought it was the beginning of an exciting new adventure, imagining herself standing shoulder-to-shoulder with the most eligible farmer in the district, mucking in to build a thriving agricultural business. Three years later, however, Emily sees her marriage for what it is — a loveless tie to a callous man, her advice heeded only when it pertains to her husband’s dinner.

The last straw comes when John threatens to harm her new puppy, and Emily is forced to brave her husband’s wrath, and her mother’s glaring disapproval, and move out. With the encouragement of her new friend Barbara, Emily moves into an abandoned property, taking on the mammoth task of making the unloved house into a home. As she begins to work on the property, she discovers a new side of her father, meets some new friends and finds an inner strength she never knew she had.

Emily’s fragile confidence is soon tested, though, when the owners of the property make her a tempting offer. Will she risk everything and invest in the ramshackle house that has finally given her a sense of purpose? Or will Emily listen to the views of the community, and the voice of her mother, and go back to her sensible, but meaningless, life with John?


Saving Grace by Fiona Mccallum  is set in South Australia and is the first in a new series written by Fiona - named The Button Jar series.  In this story we meet Emily who has been through hell and three years of marriage to John. John ruins Emily’s hope in her B & B and threatens her puppy Grace and she decides that this is the end. She has had enough of this cruelty and Emily leaves John and moves on to rebuild herself and her dreams.


I was unable to relate to Emily’s character I didn’t find she had a lot of personality. Her random bouts of angriness and pity upon herself became frustrating for me as the reader. I personally like to see more of a stronger character in my reads. She obviously has reasons for her bitterness, and in what she has been through a lot and herself pity was at times warranted.  She did discover a certain amount of Inner strength she didn’t know she had, I did see this but overall, I just couldn’t like the protagonist. I don’t enjoy a whiny female character in my stories and Emily came across as someone with no self-worth.


I however did enjoy many other characters.


Overall, the storyline felt flat for me, no real suspense or left you hanging and wanting more. It had its great moments of course, the storyline being set in Australia.  The small country towns, the landscapes and scenery.  Some wonderfully vivid scenes but overall, this story was a flat liner for me.


The story is well written and by no means does this reflect the authors work, I think it had more to do with Emily and  myself personally not enjoying her character.


To find out more about Fiona and her other projects you can check out her WEBSITE.


THE BOOK DEPOSITORY.
Posted by Unknown at 9:38 PM No comments: Links to this post

New York Times bestselling... author Gena Showalter's pulse-pounding paranormal series continues with an electrifying story about the ultimate warrior and his prize: a beautiful woman he will do anything to possess. 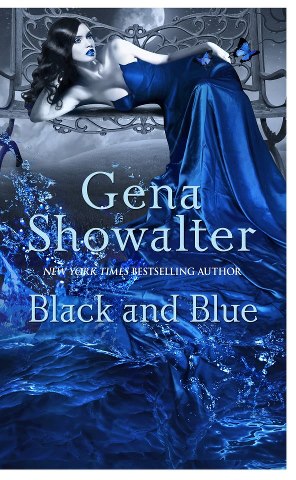 Corbin Blue is a man of many talents. One of the most powerful otherworlders ever born, he is wealthy, a professional football star, and a legend in the bedroom. But only a select few know he is also a black ops agent...and there is no better killer. When he and his crew are attacked and separated, he’s forced to turn to his boss’s daughter for help―a woman with even more secrets than Blue.

. . .SHE BECOMES HIS ONLY OBSESSION

Evangaline Black has always been wary, guarded. No man has ever breeched her walls. Until Blue. He has never been denied something he wants, and now, he’s decided he wants her. As he sweeps her into his double life of seduction, intrigue, and danger, he helps her see beyond the darkness of her past. But as an enemy closes in, Blue will have to let Evie go to keep her safe—even though he'd rather die than live without her…
Posted by Unknown at 7:05 PM No comments: Links to this post