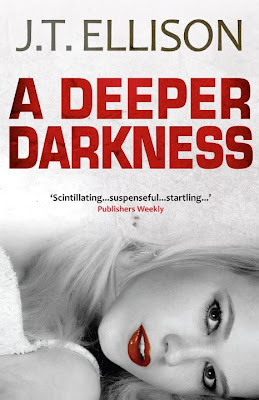 As a medical examiner, Samantha Owens knows her job is to make a certain sense of death with crisp methodology and precision instruments.But the day the Tennessee floods took her husband and children, the light vanished from Sam's life. She has been pulled into a suffocating grief no amount of workaholic ardor can penetrate—until she receives a peculiar call from Washington, D.C.

On the other end of the line is an old boyfriend's mother, asking Sam to do a second autopsy on her son. Eddie Donovan is officially the victim of a vicious carjacking, but under Sam's sharp eye the forensics tell a darker story. The ex-Ranger was murdered, though not for his car.

Forced to confront the burning memories and feelings about yet another loved one killed brutally, Sam loses herself in the mystery contained within Donovan's old notes. It leads her to the untouchable Xander, a soldier off-grid since his return from Afghanistan, and then to a series of brutal crimes stretching from that harsh mountainous war zone to this nation's capital. The tale told between the lines makes it clear that nobody's hands are clean, and that making sense of murder sometimes means putting yourself in the crosshairs of death.

A Deeper darkness is a great mystery - suspense story filled with twists and turns and paced at a steady rate that will keep your interest piqued throughout.

Characters that are easily liked, and disked, but easily related to and a storyline that will certainly keep the reader engaged till the last page.

We all want to know the what, how and who of every murder mystery,  and this story certainly kept my interest till the very end.

The ending however fell short for me, I felt it was a bit rushed and not as well-developed and consistent with the rest of the storyline and characters put forth. A possible sequel could possibly be written from this ending.

I won’t go into the storyline – Read the blurb and add this to your pile.  Its certainly a good mystery, suspense, thriller with a little romance but not enough to add in  that genre.

Otherwise – an easy breezy read, fluently written with a plot that is certainly engaging for any reader. Well-developed characters and storyline that has depth and definition. Heartache and loss , determination and oomph.

Ellison has certainly put forth Sam’s heartache and feelings – well, and for all those readers who may get a little choked up, there are certain parts that any mother can certainly relate to... A broken heart – that is unrepairable even with time. Guilt - lost love and fighting every day just to survive.

I enjoyed the Story in which was scripted – for all those who enjoy a murder mystery that will keep you on the edge of your seat – to find how who dun it – this story is definitely for you.

This book was supplied to me via the publisher for my honest review. Thank you to Harlequin Australia.