Today I have The Siren by Tiffany Reisz for review. Thank you to Harlequin for supplying this book for my honest review.


Notorious Nora Sutherlin is famous for her delicious works of erotica, each one more popular with readers than the last. But her latest manuscript is different--more serious, more personal--and she's sure it'll be her breakout book...if it ever sees the light of day.

Zachary Easton holds Nora's fate in his well-manicured hands. The demanding British editor agrees to handle the book on one condition: he wants complete control. Nora must rewrite the entire novel to his exacting standards--in six weeks--or it's no deal.

Nora's grueling writing sessions with Zach are draining...and shockingly arousing. And a dangerous former lover has her wondering which is more torturous--staying away from him...or returning to his bed?

Nora thought she knew everything about being pushed to your limits. But in a world where passion is pain, nothing is ever that simple.

The Siren is definitely not your typical romance, no hearts and flowers, no love making with that gooey feeling we all like to feel or moments where your panties are bunching or your loins are tingling from the hot loving going on. (Unless of Course S & M is for you...)

It’s raw, intense, painful and downright graphic. If anything, you will be taken back a step, gasping at times with your breathe hitched and also wandering to yourself how Nora lives the life she lives. You will find yourself teary eyed, cringing, giggling, gobsmacked and you may even find yourself slightly held back and uncomfortable with certain scenes but believe me you won’t put it down.

There are moments when Nora’s witty comments will have you sheepishly grinning, she is a character that you will either love or hate. She is very complex and I must say I have never met a character quiet like her.

Nora has no reservations in her life, she just does whom she chooses, flogs and beats her clients just the way they want, sucks, f**s and wields her flogger like a pro. She is open minded, honest and ** out there **. She reminds me of a runaway train – we never knew which direction she was taking us.

In the Siren we meet Nora, a famous erotica author who is eager to write the best novel of her life, here she meets Zacc. Zacc is an editor with a tortured soul, trying to move on with life and the loss of someone he loves dearly. We are taken on a whirlwind with Nora and Zacc, she shows him a little in her life and writings.

The sex scenes are dark, rough, and even scary in this story so be prepared when reading for a darker side to sex than just vanilla and lots of love.

Wesley is another character I’m sure your heart will ache for. Nora hired him as her intern to help out around the house, cook, help her with her writing and other things involved. Wesley loves Nora for his own pure reasons, and Wesley is the only pure thing Nora has ever had. He is good for her, makes her feels things she shouldn’t but Wesley is not what Nora needs. His pure heart can only be hurt by her so she does one selfless thing and the only right thing she feels is good.

But I can’t but help that Nora doesn’t really know what Nora wants?


Soren – I’m still debating on him. Tiffany certainly threw us a curve ball half way through this one. I won’t go into too much detail, except I ‘m not sure I liked his character. He has many dark aspects, even though he is from the light? This will make more sense when you read the book. His love for Nora he shows on many occasions, it’s the dark stuff that daunting, but it’s what they both need and want from the love they share.

Your heart will feel heavy after you have turned the last page, but I’m sure you as a reader will also understand Nora’s sacrifice. A love so pure, but let go, a love filled with darkness, but needed in more ways than one. Nora’s love for all three men all are portrayed differently. Nora helps Zacc to move on, Lets Wesley go to save him and goes back to a man that may beat and bruise her, but she loves him unconditionally. Keep in mind when reading The Siren that, Nora does have her safe word, and even when she is battered and bruised and in hospital, she made a choice that took her there. S & M is not everyone‘s cup of tea, but for those who want it, this is the lifestyle they choose to live. It is not forced upon them.

You can find Tiffany Here at the link below and also if you wish to purchase.

or for Amazon overseas buyers link below

Excerpts
From the book
...


There was no such thing as London fog--never had been. The London Fog of legend was only that. In reality London fog was London smog, and at the height of the Industrial Revolution it had killed thousands, choking the city with its poisonous hands. Zach Easton knew that in the offices of Royal House Publishing, he was known as the London Fog, the disparaging nickname coined by a fellow editor who disapproved of Zach's dour demeanor. Zach had no love of his nickname or the editor who'd coined it. But today he was eager to earn his epithet.

As he knew he would, Zach found John-Paul Bonner, the chief managing editor of Royal House Publishing, still hard at work even after hours. J.P. sat on the floor of his office, piles of manuscripts stacked about him like a paper Stone-henge in miniature.

Zach stopped in J.P.'s doorway and leaned against the frame. He stared his chief editor down and did not speak. He didn't have to tell J.P. why he was here. They both knew.

"Death--she comes to me on an Easton fog," J.P. said from the floor as he sorted through another stack of books. "A poetic enough way to die. You are here to kill me, I presume."

At sixty-four and with his gray beard and spectacles, J.P. was literature personified. Usually Zach enjoyed playing word games with him, but he was in no mood for repartee today.

Sighing, Zach stepped into the office, reached down and helped J.P. stand. J.P. patted Zach gratefully on the shoulder and collapsed into his chair behind his desk.

"I'm a dead man anyway. Can't find that damn Hamlet galley for John Warren. Should have had it in the mail yesterday. But happiness is good health and a bad memory they say, and I am a happy, happy man."

Zach studied J.P. for a moment and silently cursed him for being so endearing. His affection for his boss made this conversation far less pleasant. Zach walked over to J.P.'s bookshelves and ran his hand along the top of the case. He knew J.P.'s habit of stashing important papers where even he couldn't reach them. Zach found a manuscript and pulled it down. He threw it on J.P.'s desk and watched it kick up a small cloud of dust.

"Bless you," J.P. said, coughing as he put his hand over his heart. "You have saved my life."

"Now I get to be the one who kills you."

J.P. eyed Zach and pointed at the chair across from the desk. Zach reluctantly sat down, pulling his gray coat around him like a suit of armor.

"Nora Sutherlin?" Zach infused the name with as much disgust as he could muster, a considerable amount at the moment. "You must be joking."

"Yes, Nora Sutherlin. I've thought about it, looked at the sales projections. I think we should acquire her. I want you to work with her."

"I will do no such thing. It's pornography."

"It's not pornography." J.P. peered at Zach over the top of his glasses. "It's erotica. Very good erotica."

"I had no idea there was such a thing."

J.P. exhaled noisily and leaned back in his chair.

"Easton, I know your track record. You're one of the top talents in the industry by far. I wouldn't have paid to import you here to New York if...

Posted by Unknown at 4:19 PM No comments:

Winner of Marooned In Miami by Sandra Bunino

The winner picked by Rafflecopter - My random goddess generator is 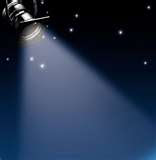 Bared to you by Sylvia Day Book review 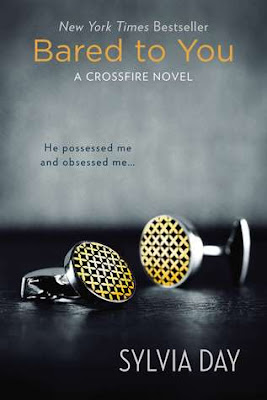 Our journey began in fire... Gideon Cross came into my life like lightning in the darkness-beautiful and brilliant, jagged and white-hot. I was drawn to him as I'd never been to anything or anyone in my life. I craved his touch like a drug, even knowing it would weaken me. I was flawed and damaged, and he opened those cracks in me so easily... Gideon knew. He had demons of his own. And we would become the mirrors that reflected each other's most private wounds... and desires. The bonds of his love transformed me, even as I prayed that the torment of our pasts didn't tear us apart...

YES VERY SIMILIAR TO FIFTY SHADES. HOWEVER ... I DIDNT CARE ..I REALLY ENJOYED IT.

Bared to you is full of sizzling, hot smokin sex, with romance that wafts off the pages and a storyline with a dark past for both .

For all those who loved or have read Fifty Shades of Grey you may notice the similarities between the series. However - This author can write !! I was not put off by the similarities - the Rich philanthropic commitments - the hot sex, the dark pasts .. I was completley engrossed till the last pages.

Her female character Eva is strong and has a darker past and the interaction between her and Gideon is smouldering.

This story will not only have your panties bunching but your reader wafting with steam from hot loving between the pages.

I enjoyed Eva and her best friends relationship. Very close and personal.

The sex sizzles, .... and Gideon is one A grade Beef Cake on two legs. Sex on a stick if you may call it.. Sylvia has not held back on her vivid descriptions - lots of hot moments .... Emotions, and a past that Gideon and Eva must try to overcome to move on with their relationship.

Gideon and Eva have a very sexual relationship and considering their pasts, you will wander as the reader why ? Im looking forward to finding out more of Gideons past secrets and I wander why Eva lets Gideon go untold despite the nature of their relationship. So much to look forward to in the next installment.

Link below to purchase if you think this is something you would love to read ;)Enjoy