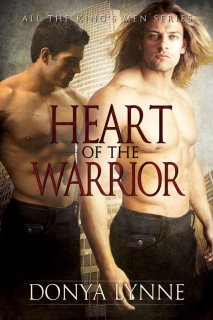 Severin was born to be a warrior. Conceived as a mixed-blood when his vampire father sexually assaulted his dreck mother over two centuries ago, Severin retained the power of iron skin inherent to newborn drecks. However, Sev keeps this secret closely guarded. If it's discovered that inferior dreck blood flows in his vampire veins, it could destroy his life. And to make matters worse, his father suddenly wants to make amends for his transgressions. Sev wants nothing of his father's apology, especially now, as he contends with both an assassin who has marked Sev for blood vengeance and his overwhelming attraction to his teammate, Arion.

Arion is the son of King Bain's liaison, Gregos Savakis, who had Ari's course plotted before he was even born. But what Ari's overbearing parents wanted for him wasn't what Arion wanted for himself, and a lifetime spent fighting through one relationship after another with females from all walks of life has left him weary in his search for a mate. After a startling and erotic encounter with Sev over a month ago, Ari has begun to realize why. He's gay. And now he can't stop thinking about Sev. Arion suddenly realizes he's been forcing himself to be with females because that's what his parents expected. But what he wants is a male, and not just any male. Arion wants Severin.

Can the two overcome the secrets, prejudice, plotting, and the threat on Severin's life to find happily ever after with each other.

After reading Donya’s debut novel Rise of the Fallen – I had to read her next book Heart of the Warrior.  I have to openly admit, I’m not normally into m/m romance and don’t read it often. But after reading Heart of The warrior, I’d have to admit I loved it. Imnot going into the storyline to much read the blurb but here are thoughts On why I enjoyed this story.

Donya grasps at the emotions, descriptions, love and romance between Ari and Sev like poetry. It flows so smoothly, its tasteful, loving and wow .

……M/M is not every readers genre and honestly not one of my favourites – but  after reading this, I think I could sway – lol.. The story doesnt just focus on these two boys, it interacts with all the characters giving us a great storyline as well as the romance .

Ari and Sev have an attraction they both can’t deny,** A CALLING **  it draws them together but with the outer problems – aka Ari’s homophobic parents and best friend Io,  he is not quite sure how to approach his new found love in the public eye.

The sex scenes between Sev and Ari was tasteful, loving, erotic and very intimate. The tenderness when they were in bed, bathroom or wherever there love took them  was so palpable that it was like a living thing.  They proved to be a match made – filled with sensual loving, and all qualms and worries cast aside.  The obstacle in place was just Ari being able to tell the world know how much he loved Sev.  Honestly as I said before I'm not normally into m/m but this story was so well crafted I just felt the love for the pair wafting off the pages. Steamy and sexy as sin. !! The descriptions we well placed – Donya has not held back and has crafted the loving magnificently. ** Hot dam – and smoking **

Being an m/m read, Donya has definably in cooperated so much into the storyline, more than just romance, but  Lots of kick arse action -  hot characters,and characters that I’m sure you will fall in love with and swoon over. Even new characters where introduced into the story.

We are also given a different light into other characters.  Micha we are shown a different side of  and Tracian I can’t wait to read his story... He has that dark side – but sexy as hell. ** I love a dark and mysterious man ** ** licks lips**

The characterizations in this story are impeccably drawn and the writing just fantastic. I can see the difference in Donyas progression in her writing from book one to this one.. And must say book two is an eye opener into Donya's writing.  Book two is   better than book one  in my eyes. !!! As much as I loved Micha – Sev and Ari where hot.

There are a lot of ahhh moments, moments where you will be reaching for the tissues, and I think if Ari hadn’t jumped on that dam bed with Sev I would’ve been there right beside him.. ** sniff sniff ** The emotions that Donya has put forth will pull at your heart strings, have you sniffing, and moments where you sigh or maybe event throttle some B**tch. Lol

The strength and tone of the story also alternates and changes. Not in a bad way, it gives us intrigue .  There are times when there is kick arse action – intrigue,  times of romance and rumination,  sadness and hurt,  times of  forgiveness and devotion and of course friendship building along the way. Friendships and understanding are built in Heart of the Warrior and I can’t wait for book three.

Overall Heart of the Warrior - is complete with hot romance, fluent flowing dialogue, and action that is kick arse . Whether it be in the bedroom ** waggle eyebrows ** or out on the field.  Not only are the characters hunky and well-rounded** snickers** but believable and well put forth.

Donya Lynne Give me more of AKM  – all I can ask is that you write us that next book pronto as I can’t wait for the next instalment.

Read book one before this it will give you insight into the characters and series put forth . 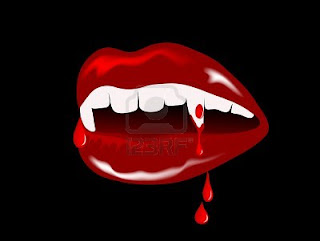 Today I have Kara Lee Lovell here on Page flipperz author of Demons of Granite Rock..  Firstly find the cover and blurb for Kara's book and at the end of the interview enter the rafflecopter to find out how you can win one of two e copies. Also Kara has a competition going of her own at the moment at her facebook page. Once her followers hit 100 she is giving away a  $25-00 amazon gift card and also two e copies of her book. SO pop on over to her Facebook page FACEBOOK LINK KARA LEE LOVELL AUTHOR PAGE .and find out how you can enter to win the goodies. 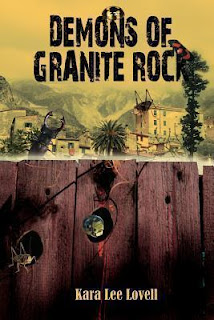 Barker and his minions have taken over the small town of Granite Rock, Utah and the founder’s are in danger of more than just losing their town.
Emily Stewart, one of the founder’s daughter’s goes undercover trying to destroy the threat that has taken over. But Barker begins to suspect her and closes in.
That’s when J.C., the mystical ghost leader calls me in—however, I’m no ordinary ghost. I’m brave. I’m strong…. But I’m a little crazy and I have my own demons to conquer. I don’t know there are worse things than my voices—demons of the mind.


Even my betrayed past, my inability to trust is nothing compared to what is residing in Granite Rock. These are demons you can slather with jelly and they will still taste foul.
I am about to find there are things… things that go slithery-kerthumpity bump in the night and things that suck your soul dry during the day.
And there is also the girl, Emily, who needs my help. For her I will do anything, stand up to anything, brave anything.
So, again and again I try to defeat the evil Barker but he’s a demon and he seems to be able to best even a ghost. Can I learn to trust? Should I let my own demons take over my mind to save Emily, the founder’s, and the town? And will my demons release me when it’s over?
A little about Kara . 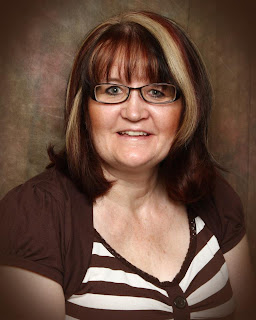 I  live in Salt Lake City Utah.  I was always taught write what you know and I KNOW Salt Lake—growing up here and all.
I work at a bank full time so I’m writing part time, right now.
I’m married have three grown children, two sons and a daughter and my granddaughter, who is the light of my life.  She’s always all over my facebook.  Can’t help it.  LOL.  Oh… and a cat named Cirino not after   Cyrano de Bergerac but after some Japanese character.  At least that’s what my boys, who named him, told me.

Day or night – Definitely night.  I’m a night owl and I will still be up at 1:00 or 2:00 either writing or reading even though I have to be at my full time job at 7:00 a.m.  Damn having to work!  I don’t consider writing work since I enjoy it so much.

Cold or hot-  Hot. only I would spell it HAWT.  I like my men brawny, with some emotional scars to heal, dark haired and hawt, hawt, hawt!
Vampire or ghost – Vampire the whole drinking blood goes back to the cold or hot thing.  It’s HAWT!
Tea or coffee –  In my books I would say coffee.  But I don’t drink either one.  I’m a Pepsi girl all the way.


Fab flavoured ice cream – Ben and Jerry’s Carmel Sutra.  Love it!  But I think it has to do with the word sutra.  The chocolate and carmel doesn’t hurt either.
Fab author – There are so many that’s a hard question.  But all time favorite I’d have to say Sherrilyn Kenyon.  I actually was able to meet her at a book signing and she is just adorable and very sweet.  I love her worlds and my favorite book of hers would have to be Acheron.  I also love:  Laura Wright, Ednah Walter’s (love the Fitzgerald series), JR Ward, Kresley Cole, Sydney Croft, Lora Leigh, Stephanie Rowe, Larissa Ione, Lori Handeland (first paranormal romance I ever read).
Story -  YA A Wrinkle in Time and a book called Mrs. Mike.  There you have your fantasy or the first makings of paranormal and your romance.  It’s what I started with when I was younger.
Favourite  Song -  There are so many.  I would have to answer by bands.  Older music would have to be Beatles.  (That dates me LOL)  R.E.M, Hinder, Hot Chille Rae, Yellow Card (I’ve met them too.  Sean is to die for… those dimples, aha…) and many, many more.
Vacum or broom ** snickers **  I really like vacuums but I would have to say broom, large brooms.  **snickers back**

What do you like to do in your spare time..  Read, go to concerts, and spending time with my family.

Anything you would like us t know about you?  I juggle demons in my spare time…?  What spare time?  I flip them with my tongue, while I write, and listen to music with my headphones in.
Big thanks to Kara for stopping by today ;) Enter below to win one of two copies of Demons of Granite rock.

Posted by Unknown at 1:16 AM 3 comments: Links to this post