The Fates are said to control our destinies. From our first breath to our dying gasp, these creatures of legend weave the courses of our lives. Even the gods are subject to their decrees. Spinners of dark secrets, the Fates have been feared for the tragedies they weave. No man dared confront the Relentless Ones . . . until now. 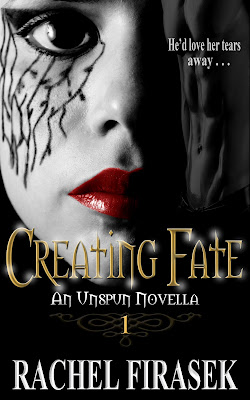 She gave away her heart…

Giving her heart to a mortal wasn't something the First Fate planned. Losing him nearly shattered her soul. Upon his death, Clothos swore never to love—or weave life—again.

Hoping she'll change her mind before it's too late, Zeus commands the spinner of life to take a much needed vacation from her immortal responsibilities.

Dane is close to cracking the drug ring he's spent the last two years infiltrating, but needs to perform one last heist to meet the head man and prevent an impending war. An undercover agent, he’s now on the run from drug lords, thieves and with the very woman whose tears make him forget his purpose.

Together they’ll find a way back from the dark.

Chloe will have to put her trust in the man she believes may have killed her fiance, or face an eternity on Earth. Without the desire for life, hope could slip through the cracks of time if he doesn’t love away her sorrow. 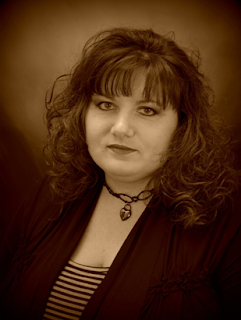 Rachel Firasek grew up in the south and despite the gentle pace, she harassed life at full steam. Her curiosity about mythology, human nature, and the chemical imbalance we call love led her to writing. Her stories began with macabre war poems and shifted to enchanted fairytales, before she settled on a blending of the two.

Today you’ll find her tucked on a small parcel of land, surrounded by bleating sheep and barking dogs, with her husband and children. She entertains them all with her wacky sense of humor or animated reenactments of bad 80’s dance moves.

She’s intrigued by anything unexplained and seeks the answers to this crazy thing we call life. You can find her where the heart twists the soul and lights the shadows… or at www.rachelfirasek.com . 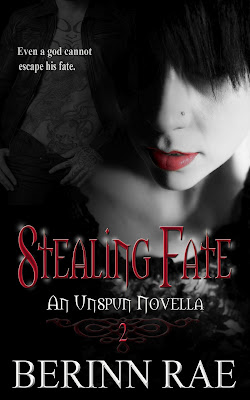 She stole his fate…

Lachesis—now known simply as Lacey—is a Fate, an ancient goddess in whose hands our destinies are unraveled. When she’s not weaving fortune, she does what she wants when she wants. Until she runs into a man she craves but hoped—and prayed—never to see again. It had been a dangerous gamble to betray the god of terror, but in war, hard choices--and enemies--are made. And she'll soon discover the most frightening of immortals can really hold a grudge.


The most cruel of gods, Phobos is a predator who takes pleasure in terrorizing the world. After millennia of relentless searching, he finds the Fate who caused him to be cast from Olympus. Now he plans to use every bit of his talents on the goddess to regain his lost heritage without losing his heart in the process.

As the outcast god ignites her passions, Lacey must come to grips with the destiny she has long denied herself. And Phobos must find a way to escape the destiny that would force him to betray the woman he has grown to love. 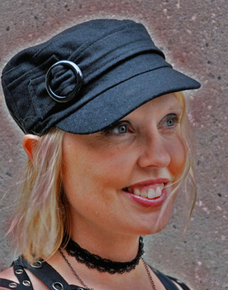 Berinn Rae writes romantic science fiction/fantasy about extraordinary women who always get their guy. Her Guardians of the Seven Seals series follows mythical creatures we believed in as children, only to be forgotten as we aged. When not writing, she can be found flying old airplanes, watching SciFi movies, playing RPGs, and pampering an incredibly spoiled sixty-pound lap dog. Berinn lives in Des Moines, Iowa, with her husband and dog. She is a member of the Romance Writers of America (RWA). Born: Manchester, Iowa, USA Schools: BA in Management Information Systems, University of Northern Iowa MPA in Organizational Leadership, Drake University Find out more at www.BerinnRae.com 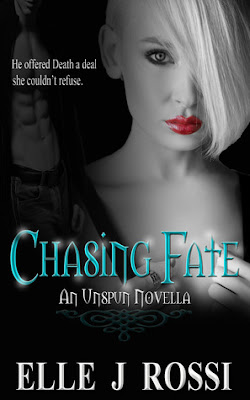 When a much-needed vacation turns into work for the third Fate, Atropos vows to sever the mortal’s lifeline quickly and get back to the sea and sand. Having her mysterious quarry offer a deal in exchange for more time is an unexpected complication. Always surrounded by darkness and death, Attie takes a chance to get a taste of life and help right a wrong that never should have happened.

Dru spent months praying for death to take him. Anger over the brutal killing of his family festered until those prayers turned to plans for revenge. Making a deal with the Death Fate was the only way to extend his lease on life. He only needed a handful of days to avenge those he lost, but within minutes of meeting Atropos he knew he’d want forever. 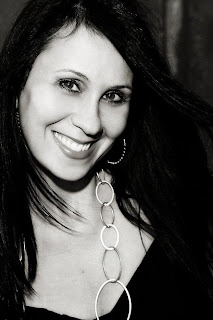 Elle J Rossi grew up in rural Indiana surrounded by great people, a huge family, and more animals than she could count. But the sites and sounds of the world beckoned, so she left her small town to escape into a creative world full of music. As a full time singer she was able to lose herself in a thousand different songs in a hundred different places.

After meeting the love of her life and settling down, she yearned to find a new and fulfilling creative outlet. Overly fond of the happily ever after, she wondered what it would be like to have her own characters lead her down dark and twisted paths. The very first word on the very first page sealed her fate. She’d found a new love. She’d found her escape.

Now along with weaving haunting tales about the journey to love, she’s creating cover art for authors around the world and loving every second of it. For fun, she cranks country music to take her back to her roots, and sings karaoke anytime she gets a chance. Her husband, two children, and a cat that rules the roost keep her company along the way and guarantees she doesn’t get lost in the enchanted forest. She wouldn’t have it any other way.