Being a fan of Meljean's Guardian Series, I am looking forward to reading Iron Duke ,,, Meljean is offering ten lucky winners picked by Random.org a chance to win advanced copies of her Book Iron Duke.

Here is the link to enter :

Seductive danger and steampunk adventure abound in the gritty world of the Iron Seas, where nanotech is fused with Victorian sensibilities—and steam.


After the Iron Duke freed England from Horde control, he instantly became a national hero. Now Rhys Trahaearn has built a merchant empire on the power — and fear — of his name. And when a dead body is dropped from an airship onto his doorstep, bringing Detective Inspector Mina Wentworth into his dangerous world, he intends to make her his next possession.

Mina can’t afford his interest, however. Horde blood runs through her veins, and despite the nanotech enhancing her body, she barely scratches out a living in London society. Becoming Rhys’s lover would destroy both her career and her family, yet the investigation prevents her from avoiding him…and the Iron Duke’s ruthless pursuit makes him difficult to resist.

But when Mina uncovers the victim’s identity, she stumbles upon a conspiracy that threatens the lives of everyone in England. To save them, Mina and Rhys must race across zombie-infested wastelands and treacherous oceans — and Mina discovers the danger is not only to her countrymen as she finds herself tempted to give up everything to the Iron Duke.

I am looking forward to reading more of Meljeans work, !! Please check out her blog and face book page you wont be dissapointed.
Posted by Unknown at 4:59 PM No comments: Links to this post

Hot news off the press Ednah Walters new book Awakened will be due for release this year sometime. I heard September .. how exciting check out her book cover - Hot Right !!! But what can I say,,  I have a thing for Angels.. Another exciting book to read and recomend to all. Keep checking back for the release date and info where you can buy it from and please check out Ednah' s blog for all her info or her webpage..
http://www.ednahwalters.com/ 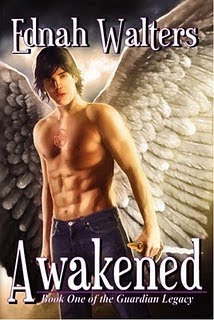 Posted by Unknown at 4:20 PM No comments: Links to this post

Michelle Zink back to school giveaway

Michelle Zink author of the books The Prophecy of The Sisters has a wonderful back to school giveaway.. Prizes to be won for you and your bestie,, go to link and enter great prizes to be won. Its not just for the ones back at school its for all who are all young at heart.
http://http://michellezink.com/share-a-prize-with-your-bestie/
Posted by Unknown at 9:16 PM No comments: Links to this post

Welcome Ednah Walters, Author of
AWAKENED, Book 1 in THE GUARDIAN LEGACY SERIES
A little about the book :
Most teens turn 16 and get the license to drive, Lil gets the license to kill demons. Raised by an eccentric grandfather and used to being alone, she must now train with other teen Guardiansm master her abilities and follow rules set by the Council. Then she meets Bran, a mysterious and gorgeous guy who seems to be in tune with Lil’s emotions. Is he a Guardian or an agent of the demons? And why does he need her help??

Please check out Ednah's blog for all her updates and upcoming cover for her new book. It has been brought recently and all is in the works. I will update once her book cover and information becomes available. Here is the link to Ednah's blog. Do feel free to pop on over and check out this New Series in the making.
http://www.ednahwalters.blogspot.com
Posted by Unknown at 8:37 AM No comments: Links to this post 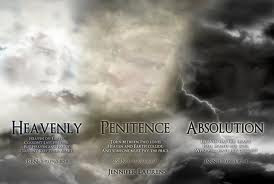 Today is my first blog, so I thought Id start with one My Favourite series from Author Jennifer Laurens.
Jennifer has written two current books for her Heavenly series.
Heavenly Book 1
Penitence Book 2
and due In for release October 11 2010 Absolution.

Below I have included a webpage to Jennifer websites to read her excerpts of her books.

I personally really enjoyed this series. The love and dedication, the family living with a child with autism, the love between heaven and earth and the whole story line tore at my heart strings. The characters had such depth, Zoe very head strong, matthias hot and warming and kind and Weston every girls dream after book 1, and the story keeps you in suspense the whole time. This series I personally gave 5/5 for.. Knowing that this book has been written from parts of Jennifers life experiences and challenges giving it a whole different meaning. It is a ya novel. But for all those who like a good love story this is very heart warming.
Posted by Unknown at 12:37 AM 4 comments: Links to this post